With the development of LED lighting and the high demands of consumers, LED chip manufacturers are continuously improving and innovating. The development of Chip Scale Packaged (Flip Chip or CSP) LEDs is one such innovation with several advantages: no substrate, solderless cabling, small size and high optical density.

CSP, or Chip Scale Package, is defined as an LED package with a size equal to or less than 20% of an LED chip. The CSP product has integrated component features that do not require soldered wire connections, reducing thermal resistance, reducing heat transfer path, and reducing potential sources of error.

Normally a light emitting diode (LED) consists of two key components, the LED chip, which emits the light, and the LED package, which focuses it, allows it to be mounted in lighting products and dissipates the heat to the heat sink.

If we look at a packaged LED as the automobile with the LED chip of its engine, then a CSP LED is an engine on wheels, with minimal bodywork or other components.

A mid-power LED package (left) compared to CSP LED (right). Everything except the LED chip, the yellow phosphor and the connection pads has been removed. This process leads to a significant reduction of the scale, leading to further miniaturization of LED-based lighting.

Below, some examples of Samsung CSP LEDs, with different single variations and two array types (2x2 and 3x3). 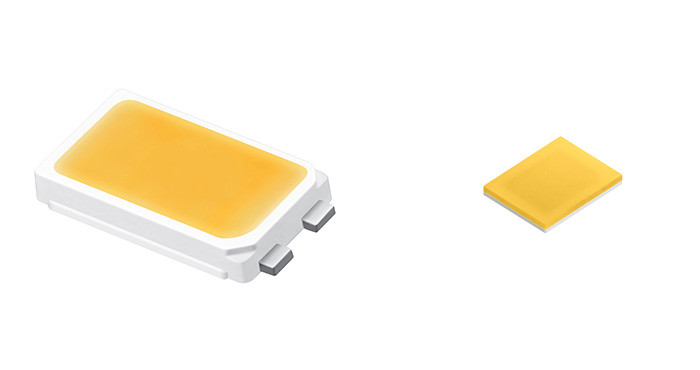 This bare-bones approach to LED structure has two goals: lower cost and more efficient heat transfer. In theory, this can result in a CSP LED fixture with lower price and a slimmer design compared with one that uses a packaged LED.

A CSP LED also has by default a wider viewing angle, of up to 180 degrees because the phosphor is applied on the sides too (see image below). This can be very important advantage for applications such as back light modules, replacement of traditional form factor lamps and tubes. 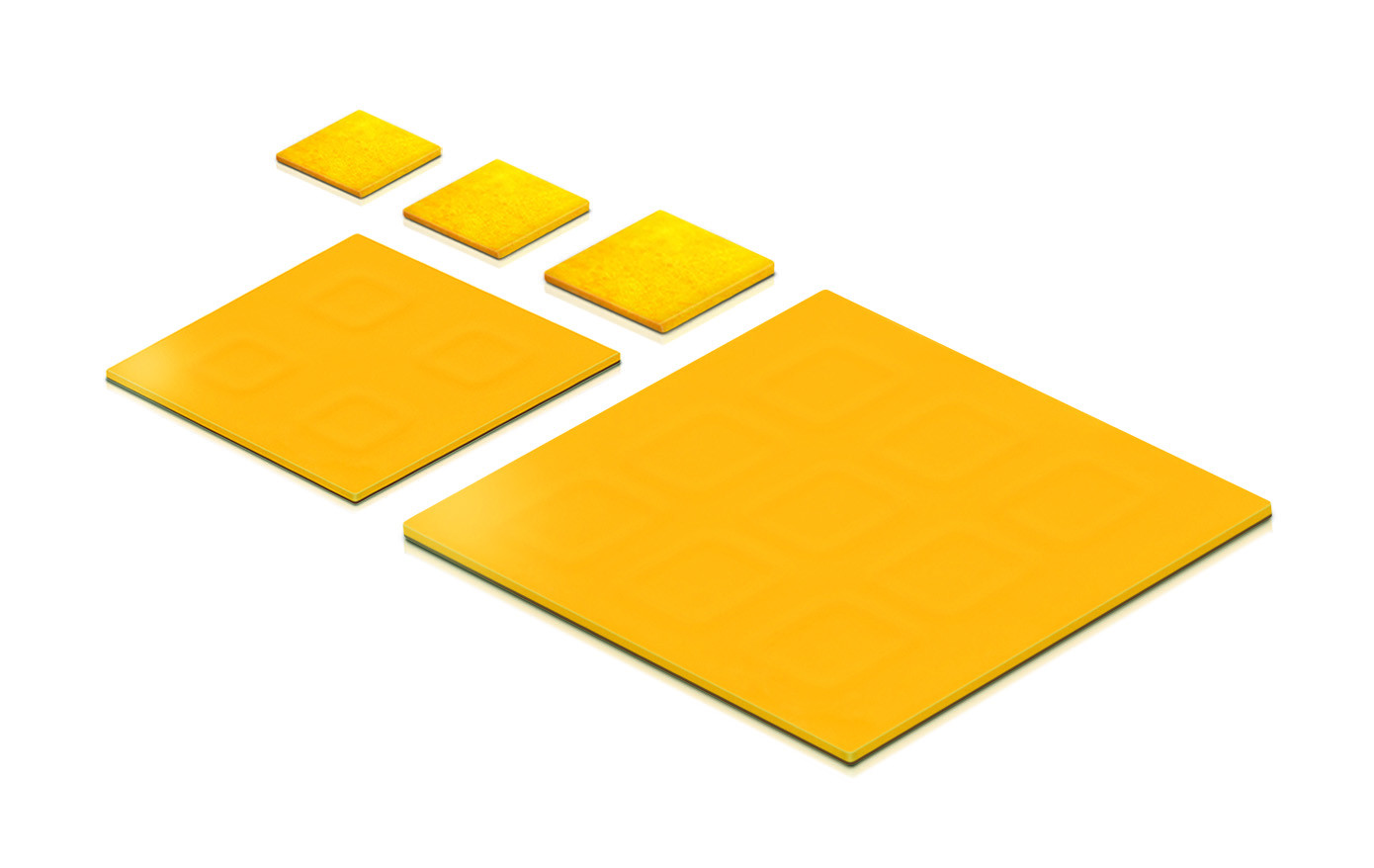 While LEDs have been theorized on a chip scale for almost a decade, market-ready CSPs have only recently begun to appear.

CSP LEDs are smaller, but have a high intensity per unit with less heat. CSP is ideal for applications such as LED backlighting, street lighting, ultra wide angle modules, spotlights. Some LED lighting manufacturers use CSP chips to replicate the size and position of the tungsten filament in halogen lamps to produce beam patterns similar to those of halogen lamps.

We can summarize the advantages of CSP LEDs:

At Ledrise you will find the CSP LEDs from Nichia in emitter form, single LED module format and as multi-LED arrays: